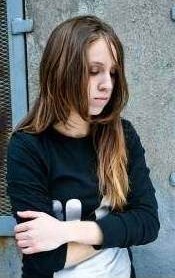 Teen illegal drug use increases an adolescent’s chance of acquiring life-long dependency problems and greater health risks. Every day, three thousand children begin smoking cigarettes regularly. As a result, a third of these youngsters will have their lives shortened. According to a study conducted by Columbia University’s Center on Addiction and Substance Abuse, adolescents who participate in teen illegal drug use of marijuana are eighty-five times more likely to use cocaine than peers who never tried marijuana.
Teen illegal drug use often leads to other forms of unhealthy and unproductive behavior. Drug use is associated with premature sexual activity (with attendant risks of unwanted pregnancy and exposure to sexually-transmitted diseases like HIV/AIDS), delinquency, and involvement in the criminal justice system. In 1995, 10.9 percent of all youngsters between twelve and seventeen years of age used illicit drugs on a past-month basis. This rate has risen substantially compared to 8.2 percent in 1994, 5.7 percent in 1993, and 5.3 percent in 1992 -- the historic low in the trend since the 1979 high of 16.3 percent. The University of Michigan’s 1996 Monitoring the Future study found that more than half of all high school students participate in some form of teen illegal drug use by the time they graduate.
Teen Illegal Drug Use: Cocaine
Cocaine use is not prevalent among young people. In 1996, approximately 2 percent of twelfth graders were current cocaine users. While this figure was up from a low of 1.4 percent in 1992, it was still 70 percent lower than the 6.7 percent high in 1985. Among twelfth graders in 1996, 7.1 percent had ever tried cocaine -- up from the 1992 low of 6.1 percent but much lower than the 1985 high of 17.3 percent. However, during the past five years, lifetime use of cocaine has nearly doubled among eighth graders, reaching 4.5 percent in 1996. A similar trend is identified in the 1995 National Household Survey on Drug Abuse, which showed a drop in the mean age for first use of cocaine from 23.3 years in 1990 to nineteen in 1994.
Teen Illegal Drug Use: Heroin
Heroin use is also not prevalent among young people. The 1996 Monitoring the Future study found that 1 percent of twelfth graders had used heroin in the past year, and half of 1 percent had done so within the last thirty days. Encouragingly, both figures were lower than the 1995 findings. However, the 1996 survey showed that the number of youths who ever used heroin doubled between 1991 and 1996 among eighth and twelfth graders, reaching 2.4 percent and 1.8 percent respectively.
Teen Illegal Drug Use: Marijuana
Marijuana use continues to be a major problem among the nation’s young people. Almost one in four high school seniors used marijuana on a "past-month" basis in 1996 while less than 10 percent used any other illicit drug with the same frequency. Within the past year, nearly twice as many seniors used marijuana as any other illicit drug. Marijuana also accounts for most of the increase in teen illegal drug use among youths aged twelve to seventeen. Between 1994 and 1995, the rate of marijuana use among this age-group increased from 6 percent to 8.2 percent (a 37 percent increase). Furthermore, adolescents are beginning to smoke marijuana at a younger age. The mean age of first use dropped from 17.8 years in 1987 to 16.3 years in 1994.
Teen Illegal Drug Use: Other Illicit Drugs
After marijuana, stimulants (a category that includes methamphetamine) are the second-most-commonly used illicit drug among young people. About 5 percent of high school students use stimulants on a monthly basis, and 10 percent have done so within the past year. Encouragingly, the use of inhalants -- the third-most-common illicit substance -- declined among eighth, tenth, and twelfth graders in 1996. LSD however, was used by 8.8 percent of twelfth graders during the past year.