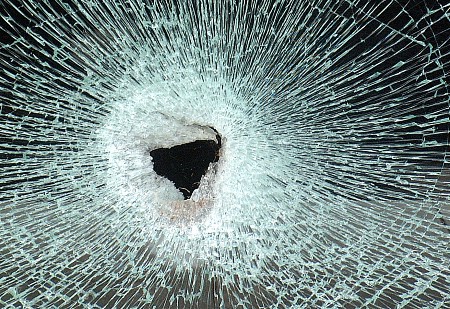 Illegal drugs and crime take a toll on society that can only be partially measured. While researchers are able to estimate the number of drug-related crimes that occur each year, they can never determine fully the extent to which the quality of life in our neighborhoods has been diminished by illegal drugs and crime. With the exception of drug-related homicides, which have declined in recent years, drug-related crime is continuing at a strong and steady pace.
Numerous Illegal Drugs and Crime Related Arrests Occur Each Year:
In 1994, state and local law enforcement agencies made an estimated 1.14 million arrests for drug law violations. The largest percentages of these arrests were for drug possession (75.1 percent). The National Institute of Justice Drug Use Forecasting (DUF) program calculates the percentage of arrested individuals whose urine indicates drug use. In 1995, DUF data collected from male arrestees in twenty-three cities showed that the percentage testing positive for any drug ranged from 51 percent to 83 percent. Female arrestees ranged from 41 percent to 84 percent. Among males, arrestees charged with drug possession or sales were most likely to test positive for drug use. Among females, arrestees charged with prostitution, drug possession, or sales were most likely to test positive for drug use. Both males and females arrested for robbery, burglary, and stealing vehicles had high positive rates.
Illegal Drugs and Crime Cause Drug Offenders to Crowd the Nation’s Prisons and Jails:
At midyear 1996, there were 93,167 inmates in federal prisons, 1,019,281 in state prisons, and 518,492 in jails. In 1994, 59.5 percent of federal prisoners were there due to illegal drugs and crime as were 22.3 percent of the inmates in state prisons. The increase in drug offenders accounts for nearly three quarters of the total growth in federal prison inmates since 1980. Most drug offenders are imprisoned for possessing more drugs than could possibly be consumed by one individual distributing drugs or committing serious crimes related to drug sales. In 1995, for example, only 4,040 people were sentenced in federal courts for marijuana-related charges; 89.1 percent of those offenders were facing trafficking charges.
Illegal Drugs and Crime are the Common Reasons Inmates in Federal and State Prisons Committed Many of Their Offenses:
A 1991 survey of federal and state prisons, found that drug offenders, burglars, and robbers in state prisons were the most likely to report being under the influence of drugs while committing crimes. Inmates in state prisons who had been convicted of homicide, assault, and public order offenses were least likely to report being under the influence of drugs. With the exception of burglars, federal prison inmates were less likely than state inmates to have committed offenses under the influence of drugs.
Offenders Often Commit Offenses to Support Drug Habits:
According to a 1991 joint survey of federal and state prison inmates, an estimated 10 percent of federal prisoners and 17 percent of state prisoners reported illegal drugs and crime went hand in hand in order to pay for their drugs.